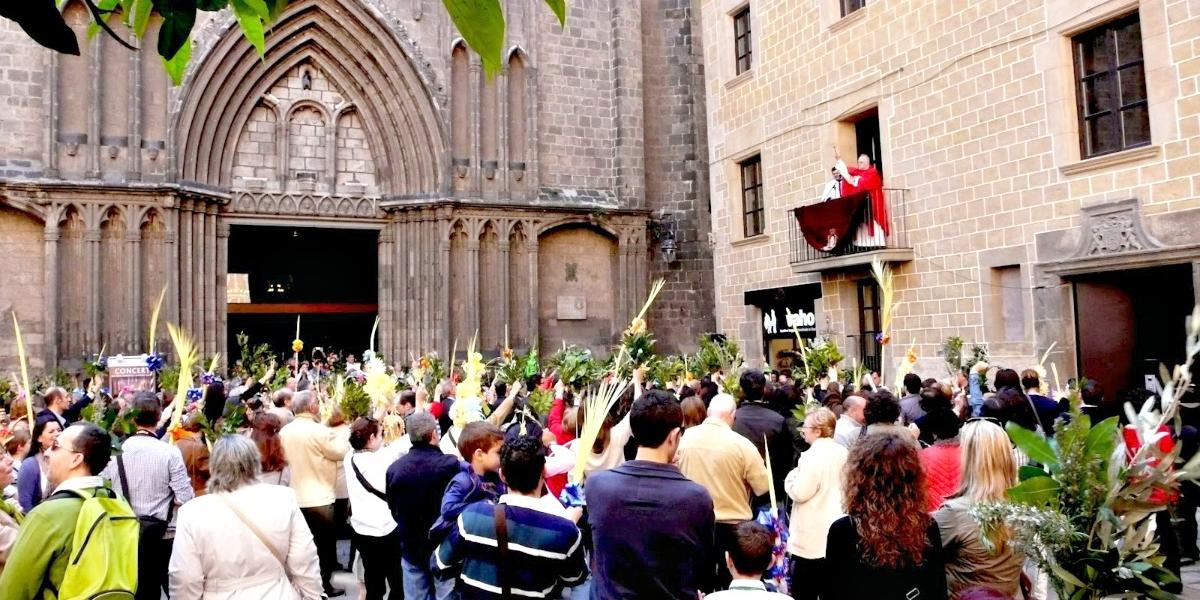 Several passion plays have been declared of national interest for their cultural and historical relevance, including the Living Stations of the Cross of Sant Hilari Sacalm or the Procession of Verges.

In many places, the festivals, which are of religious origin, are celebrated with great participation of the inhabitants. Several passion plays have been declared of national interest due to their cultural and historical relevance.

Girona also attracts with a great festival whose origins are already documented in the mid-18th century. On Green Wednesday and Good Friday, Roman soldiers, the Manaies de Girona, solemnly wander through the streets of the city and beat their lances to the music to the floor. The legendary origins of this custom go back to the night of Christ's death, when Pontius Pilate sent a legionary garrison to check that the Messiah had risen.

The procession of Verges consists of different dramatic representations and comes from the distant past: The first documented testimony of this festivity dates back to 1666. After a first performance on the main square Plaça Major, which ends with the condemnation of Jesus Christ, the spectacle as Procession continued. At midnight, the streets of Verges show the scenes of Christ's Passion. This is followed by the passage to Calvary in a gloomy atmosphere in the sparse light of the torches and the burning wicks of oil-filled snail shells in Cargol Street. Among the highlights and the most visited scenes is the dance of death with five bones men to the sound of a timpani. The Dance of Death is a true symbol of the place and its customs.

Whether in Barcelona, ​​Girona or elsewhere such. For example, Verges - CostaBravaTaxi brings you cheap to the traditional Easter processions.